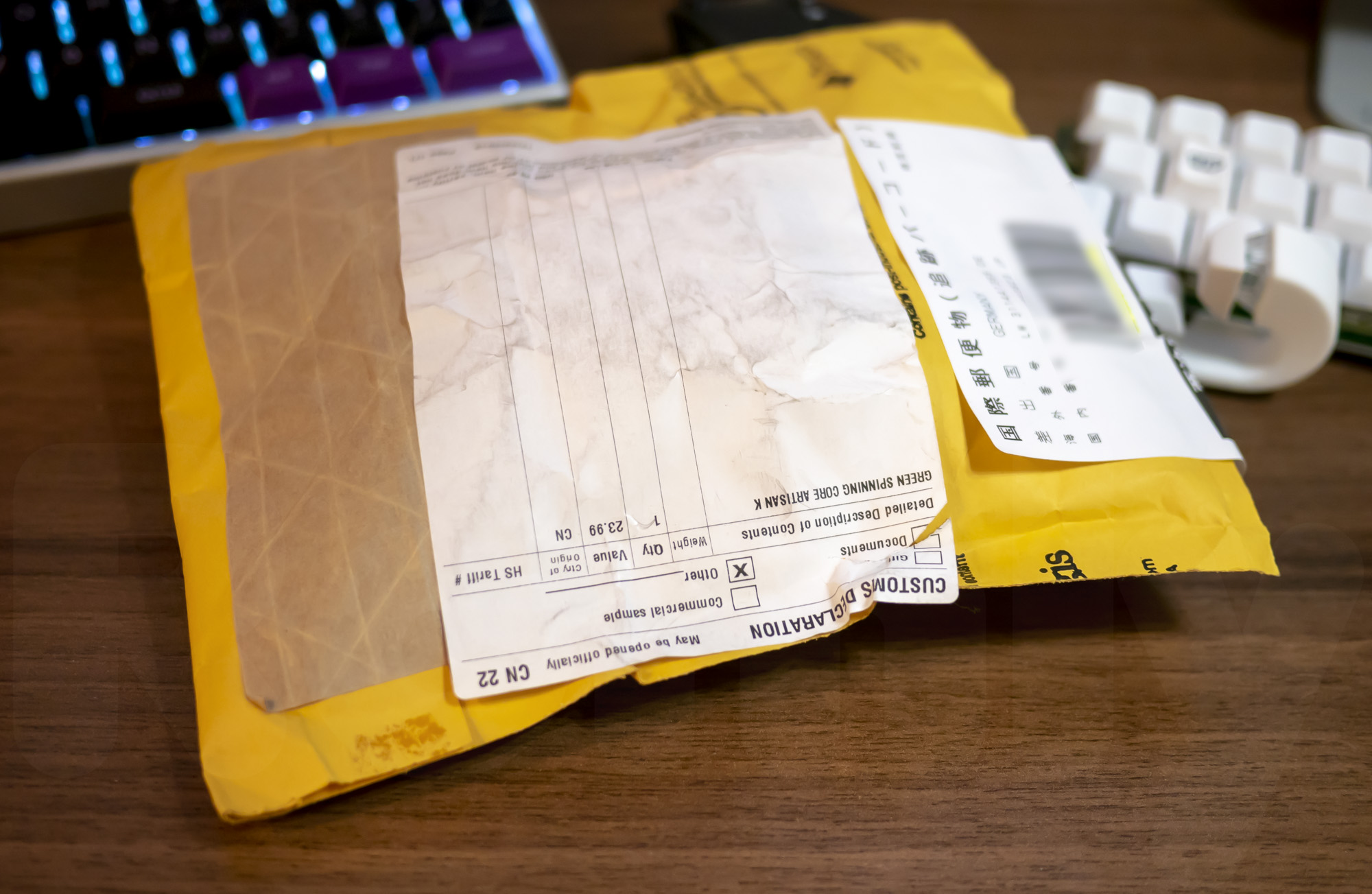 I got another package from Massdrop.📦 What’s inside the bag today? Hum-Hummm♪ 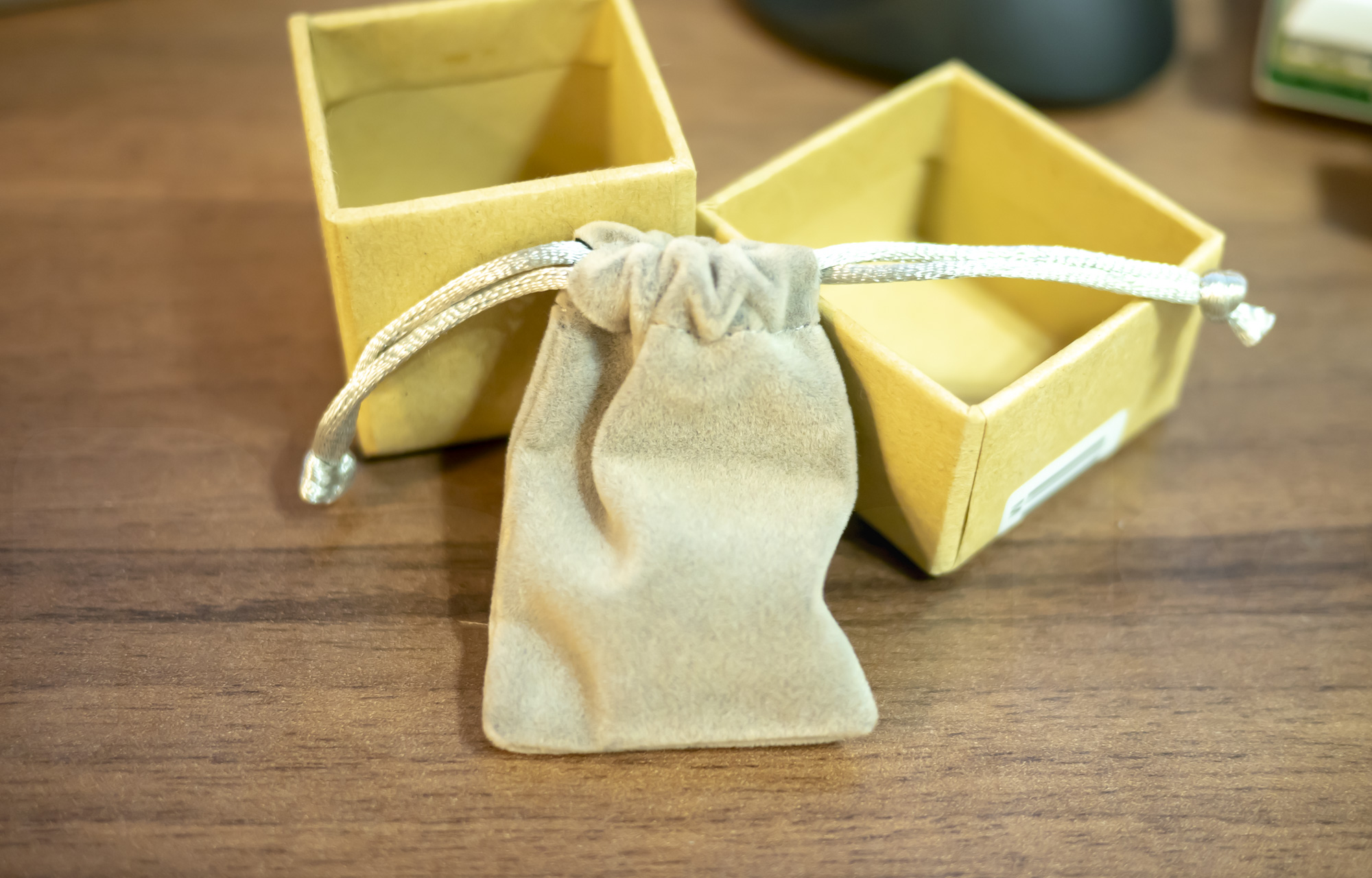 Cute small box inside. And tiny drawstring bag inside it. I want these for when Keycappie goes Massdrop. Anyone know place selling these kind of things in bulk? 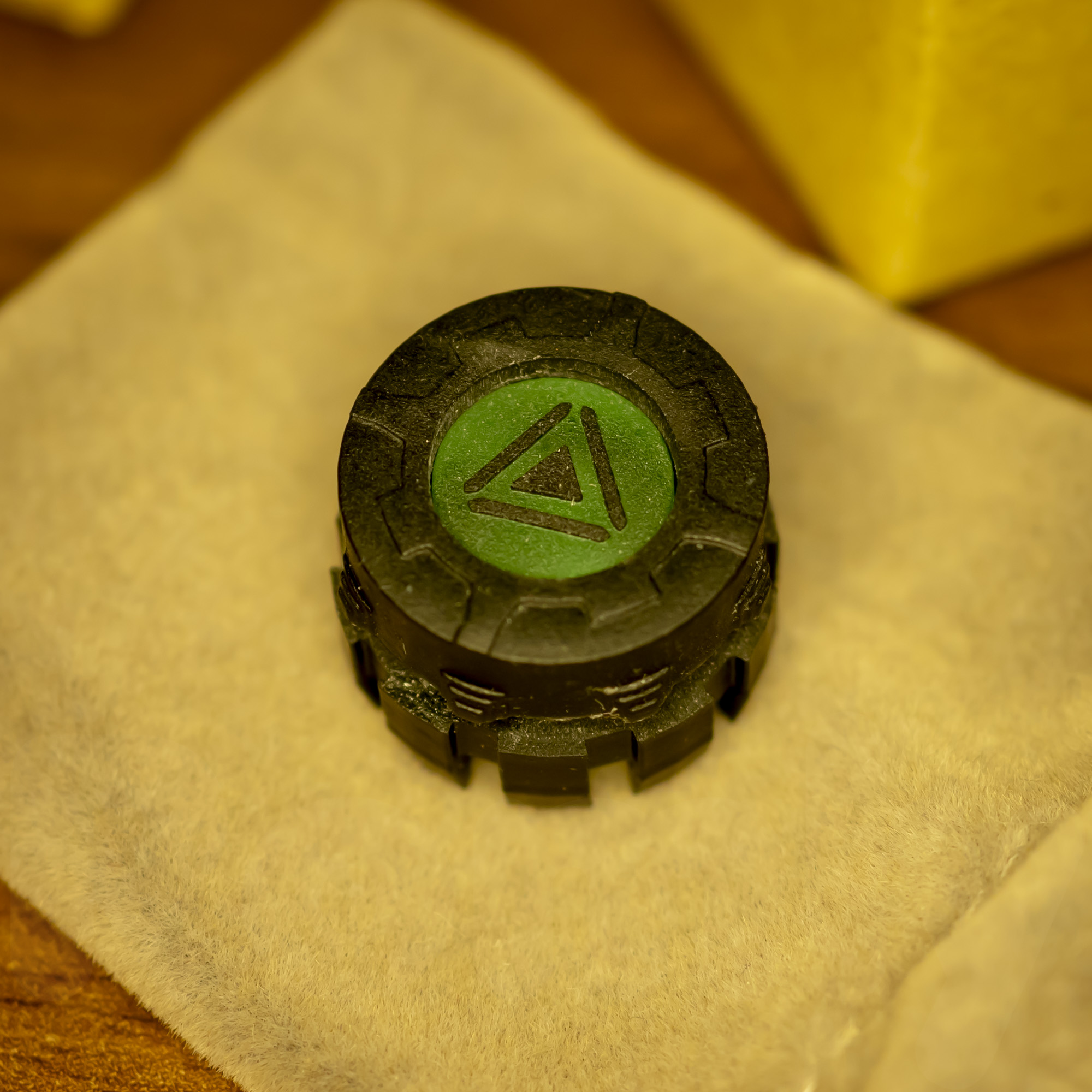 Tada! “M.7 Spinning Core Artisan Keycap” it is. It’s artisan keycap, which is inspired by Iron Man’s Arc Reactor, I assume. Aside it does not mention Iron Man directly, of course.😀 As the name having “Spinning”, it has a rotation gimmick. But unlike spinner fidget keycaps, it stops immediately when you leave your finger. Reminds me wheel from mouse. Very similar feeling actually.
I don’t know why but covered with dust from the start so using air duster is good idea. Dust from drawstring bag maybe?

It has four different colors actually. My choice is Green. “Fluorescent green is always cool on black”, I was studied from Dark Armies in “Zoids” when I was a kid. Blue looks truly Irom Man’s Arc Reactor itself! 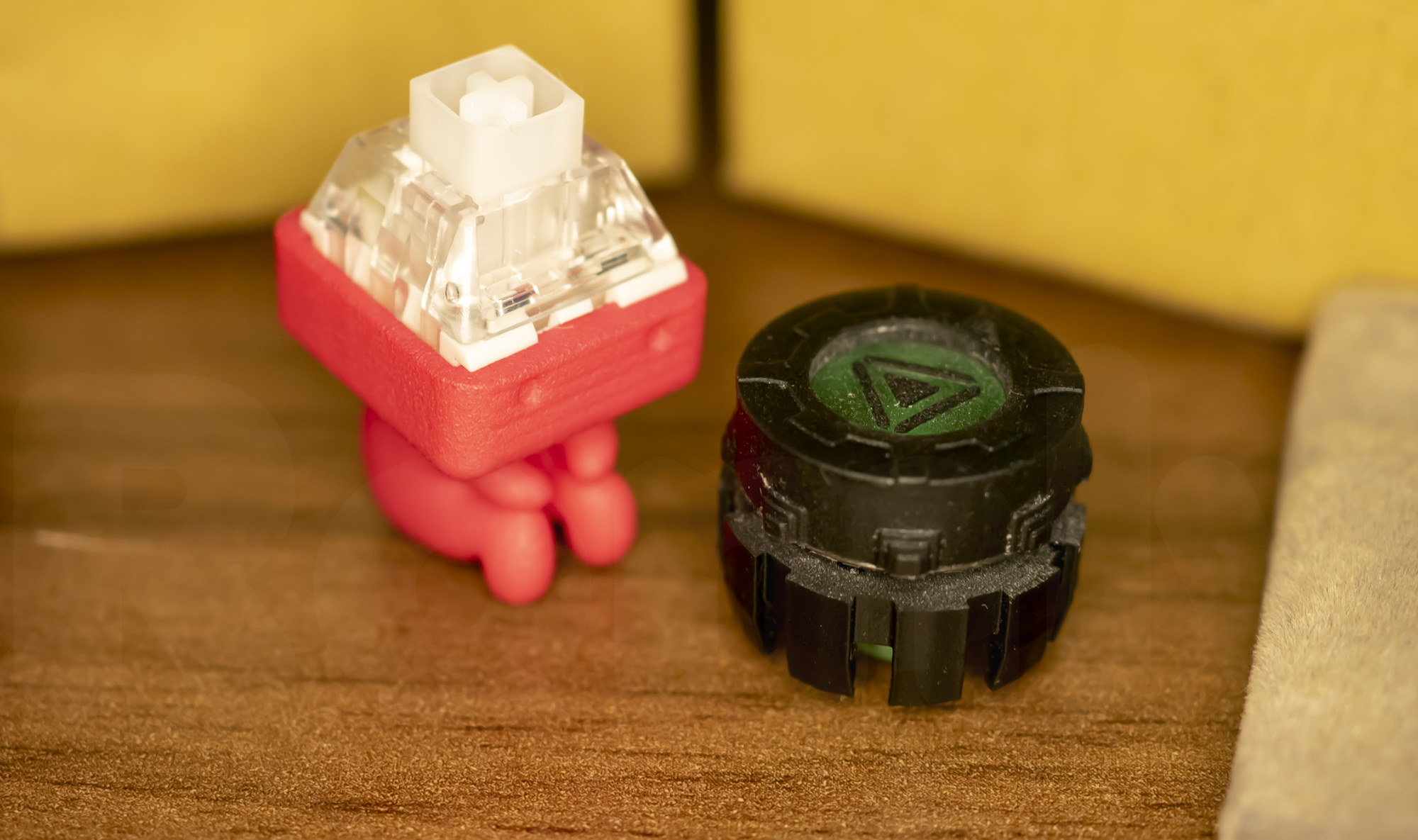 Comparing the sizes with a Keycappie. It is quite tall for a keycap. Total height is around 16mm from the bottom of Cherry MX joint pole. It makes 7mm-8mm higher than normal keycaps. It makes sense because it can’t be rotate if it’s not taller. 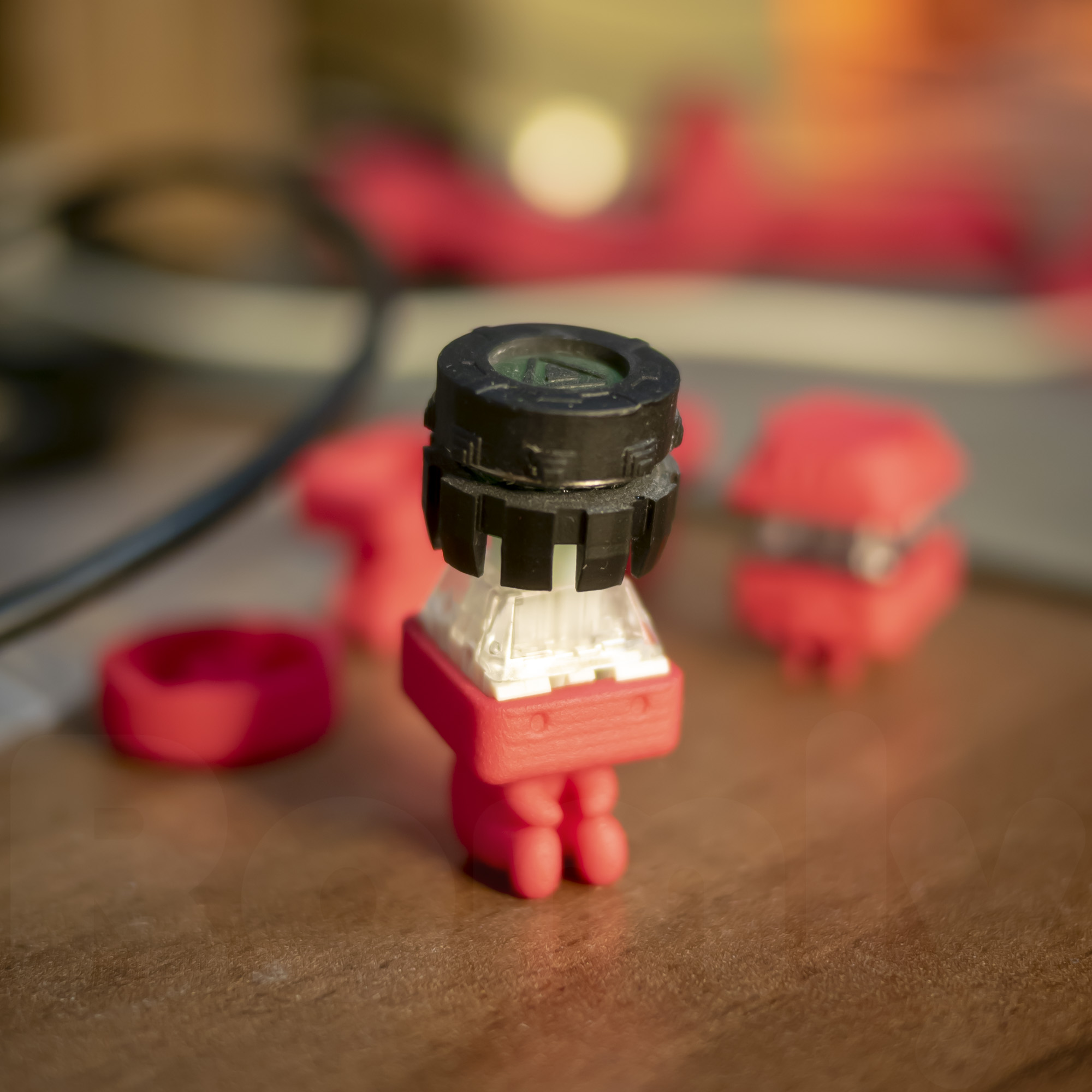 Attached it on Keycappie’s head. Doesn’t look alike at all, still reminds me Plasma Bug in Starship Troopers movie.😀🐞 I’m sure this Keycappie can shoot anti-aircraft plasma cannon🔥☄️ 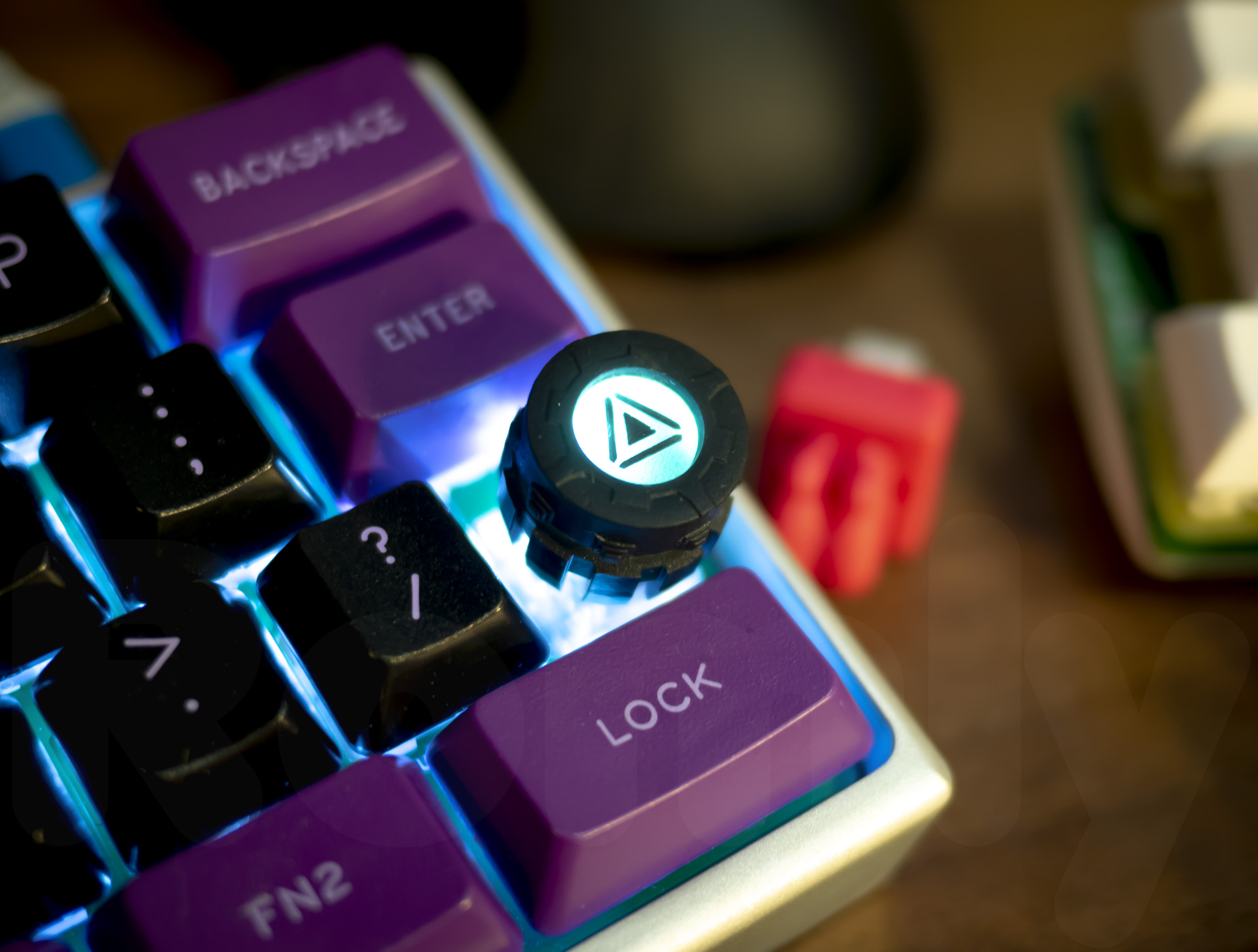 The best part of this keycap is attaching to a LED keyboard. Inside is made by translucent parts so it shines just like Arc Reactor is in action. 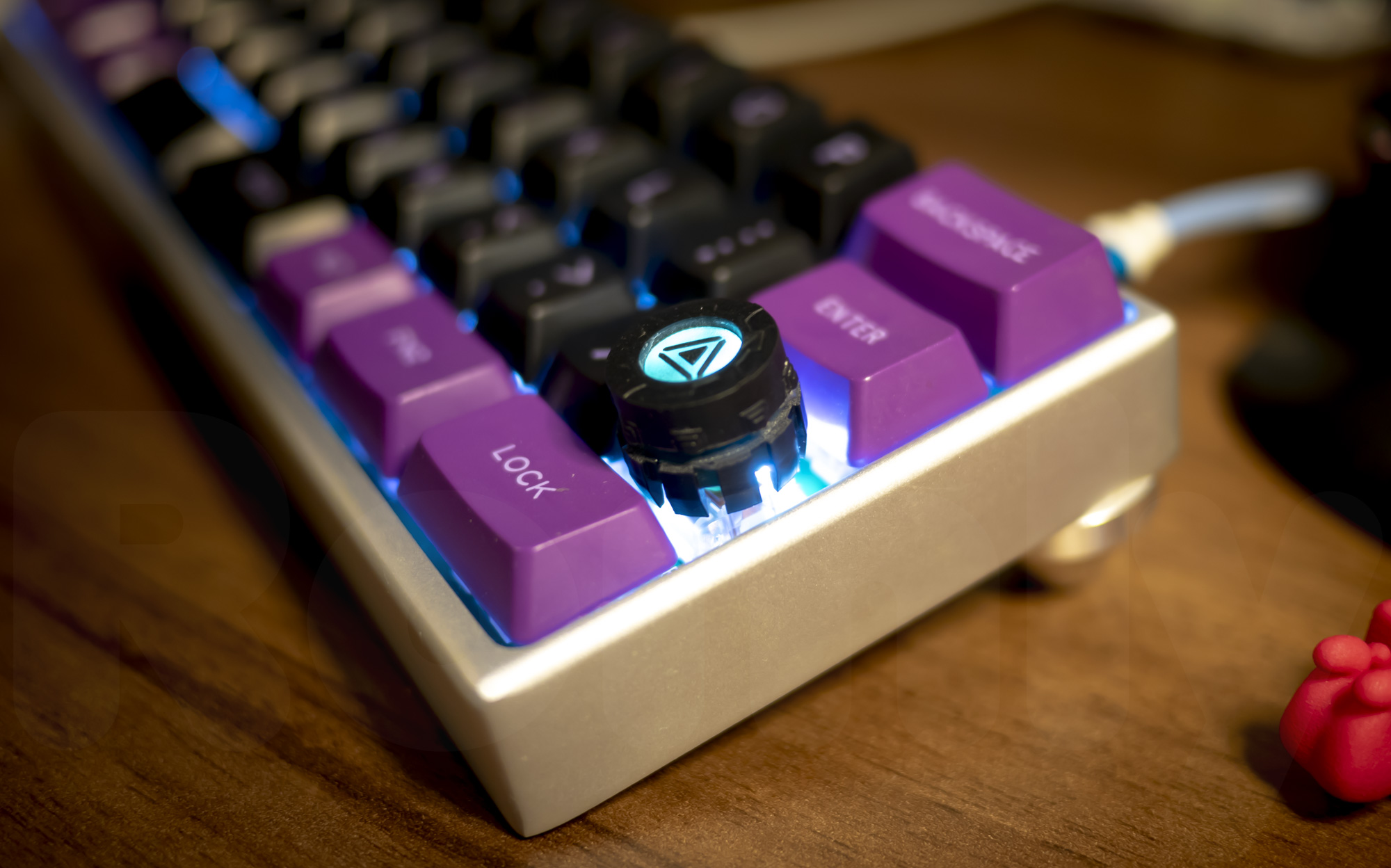 Bottom part shape looks like jet engine’s nozzle. If you see from a side with LED keyboard, it’s cool like afterburner is going on. By the way, only black area around the core will rotate. Translucent parts doesn’t rotate so the delta symbol orientation is fixed. 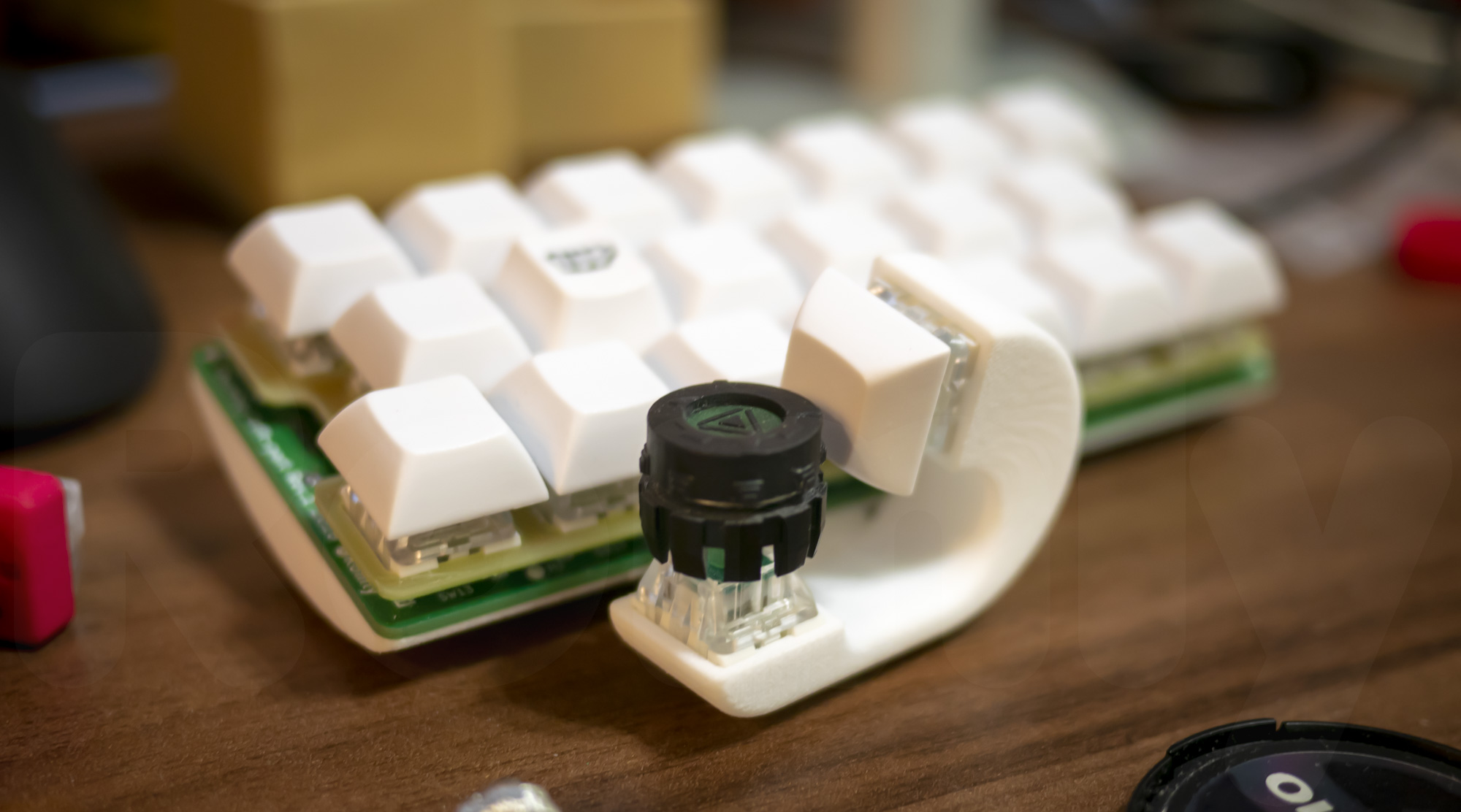 Attached on my keyboard, Thumbxy. Hides half of next key since it’s tall, but it’s able to type normally. At this position, I can fidgeting roller with thumb. I wish it was a scroll-wheel. It’ll make super comfortable device. Please someone with skill, make it happen! 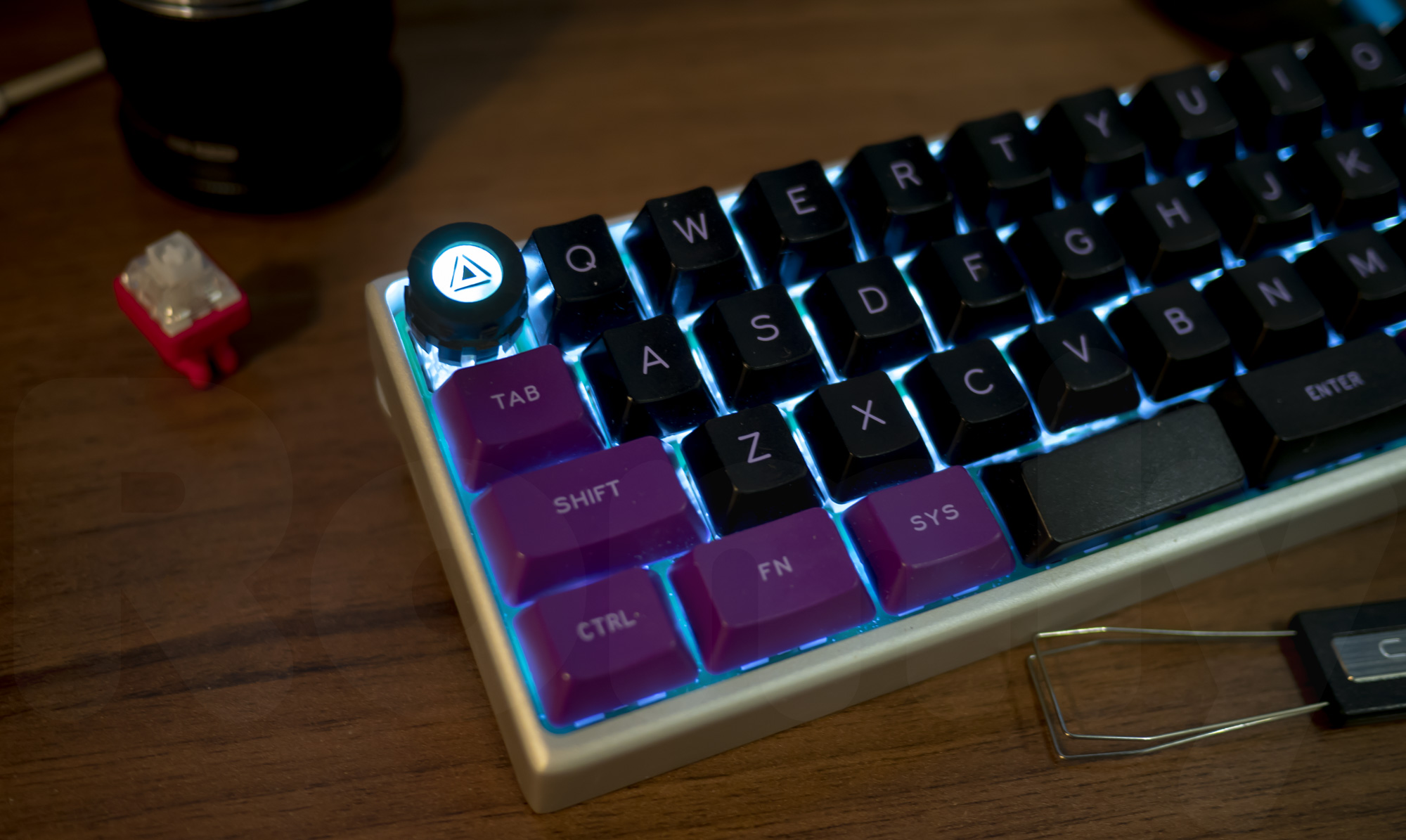 Rather shining is cooler so I’ll settle it on my MiniVan’s tab key. In this position, I can roll it with a ring finger. Umm, it should be a scroll-wheel… 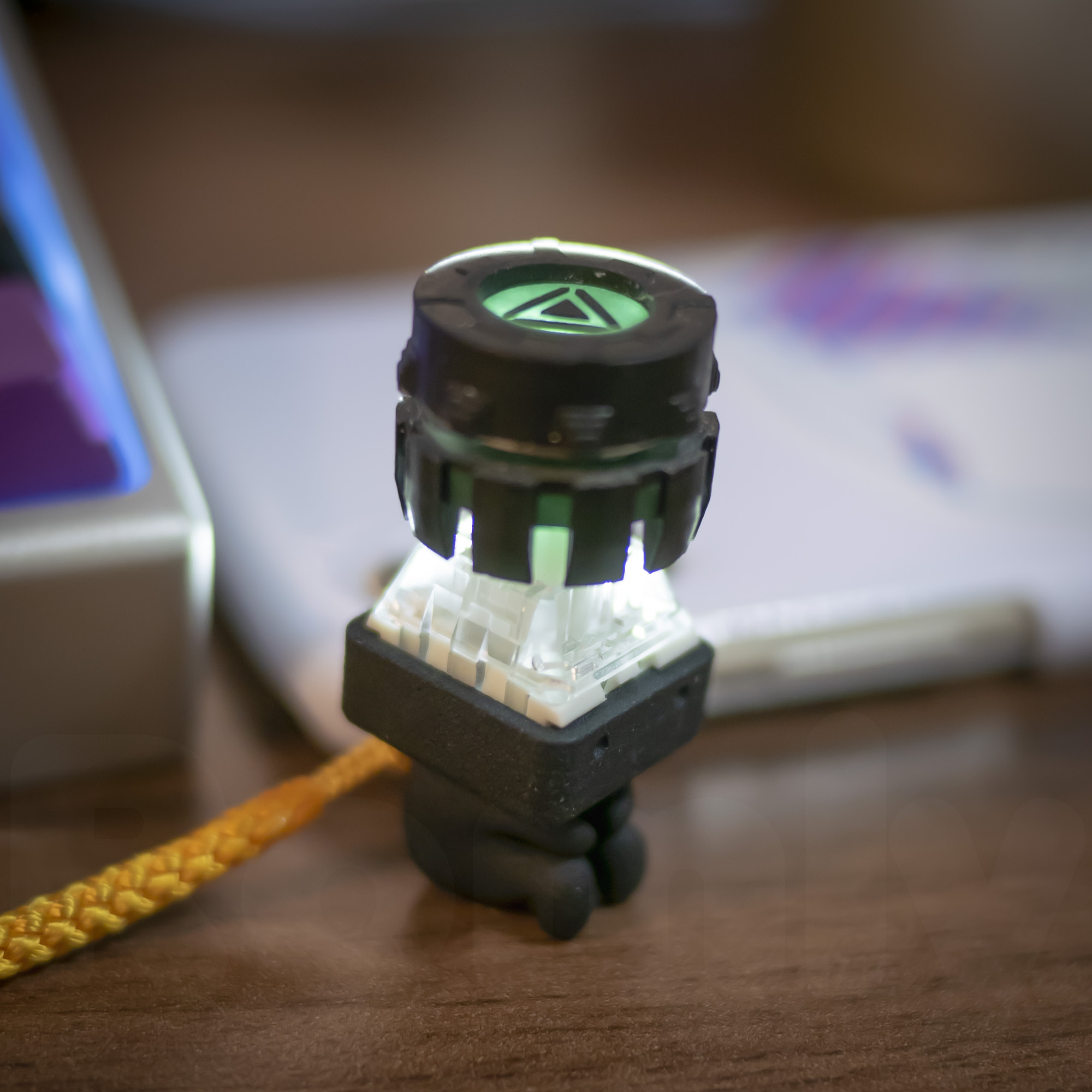 With a Keycappie on lighting effect. I don’t know why but looks Plasma Bug to me… It doesn’t move and shooting Plasma cannon at rearguard.